Solar System Expansion and test of the Strong Equivalence Principle

The NASA's Mercury Surface, Space Environment, Geochemistry, and Ranging (MESSENGER) mission represents a rare opportunity to simultaneously investigate theories of gravitation, the geophysics of a terrestrial planet, and the evolution of the Sun's interior. The spacecraft made three flybys of Mercury in 2008 and 2009 and orbited the planet from March 2011 through April 2015 [1]. The mission was dedicated to the exploration of whole Mercury's environment from its deep interior to the magnetosphere. However, the radio tracking data collected by Earth's Deep Space Network (DSN) stations provide also crucial measurements of the planet ephemeris. By analyzing subtle changes in Mercury's motion we learned about the Sun and how its physical parameters influence the planet's orbit. Mercury represents the perfect test object for these experiments because it is so sensitive to the gravitational effect and activity of the Sun.

Mercury's role in testing theories of gravitation has always been crucial because the strong gravitational mass of the Sun creates notable perturbations on its orbit. For centuries, scientists have studied Mercury's motion, paying particular attention to its perihelion, or the closest point to the Sun during its orbit. Observations long ago revealed that the perihelion shifts over time, called precession. Although the gravitational tugs of other planets account for most of Mercury's precession, they do not account for all of it. 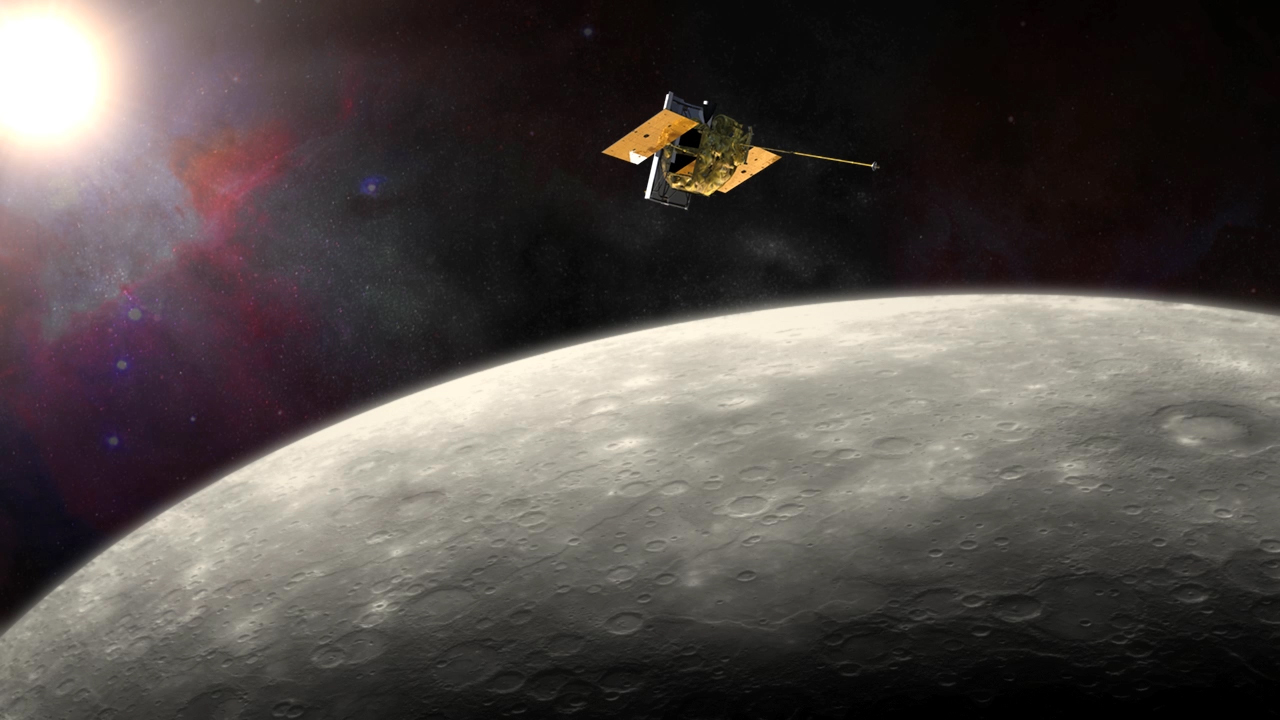 Figure 1: NASA's MErcury Surface, Space ENvironment, GEochemistry, and Ranging (MESSENGER) spacecraft traveled more than six and a half years before it was inserted into orbit around Mercury on March 18, 2011.

The second largest contribution comes from relativistic effects induced by the Sun, and, in particular, from the Parameterized Post-Newtonian (PPN) coefficients γ and β. The precession of Mercury's perihelion first highlighted the limits of Newtonian physics and later validated the predictions of Einstein's theory of General Relativity (GR).

and the angular momentum

, which perturb the planet's orbit through the gravitomagnetic Einstein-Lense-Thirring (ELT) effect. This relativistic perturbation is related to the distortion of space-time induced by the rotation of the Sun [2].

MESSENGER range dataset represents also a great opportunity to test one of the foundations of GR, the Strong Equivalence Principle (SEP). Einstein's theory of GR assumes the validity of the equivalence principle that has been partially demonstrated by laboratory experiments, to a precision of ~ 1 × 10-13 with recent torsion-balance tests [3]. However, these precise results only concern the weak equivalence principle, which is based on Galileo's postulate that different objects fall with the same acceleration in a uniform gravitational field, independent of their composition and structure. The SEP is an extension of this concept and it states that a uniform gravitational field is locally indistinguishable from an accelerated reference frame.

To measure this effect, test-masses sufficiently large are required since they need to create a self-gravitational force that is not negligible. For this reason, tests at the scale of the solar system are suitable to prove the SEP. Our results confirm that there are no violations of SEP with unprecedented accuracies. This study represents the most accurate measurement of this relativistic effect, by improving previous estimates based on Lunar Laser Ranging by a factor of 7 [4].

We were also able to provide one of the first accurate experimental observations of the Sun's mass loss rate. Previous estimates were mainly based on theoretical models that show values of

~ - (6.13±1.47) x 10-14 per year, is 30% lower compared to predictions with a significantly lower uncertainty [5]. Our mass loss rate estimate, in turn, results in an improvement by an order of magnitude of the knowledge of the temporal variation of the universal gravitational constant G, compared to previous work based on Lunar Laser Ranging data analysis [6].

These results were retrieved with a novel technique of precise orbit determination that simultaneously estimated and integrated the orbits of both MESSENGER and Mercury. This approach provides a comprehensive solution that includes geophysical, heliophysics, and relativity results together with their covariances. Previous studies were conducted as parallel and independent investigations to exclusively determine either Mercury's geophysics or its ephemeris. Our numerical integration of both orbits enabled us to reduce significantly mismodeling of Mercury's trajectory that led previously to imperfect geophysical solutions. Our reintegrated ephemeris for Mercury, which is available below, shows lower errors compared to previous versions of the NASA JPL DE430 and DE432 [7,8]. 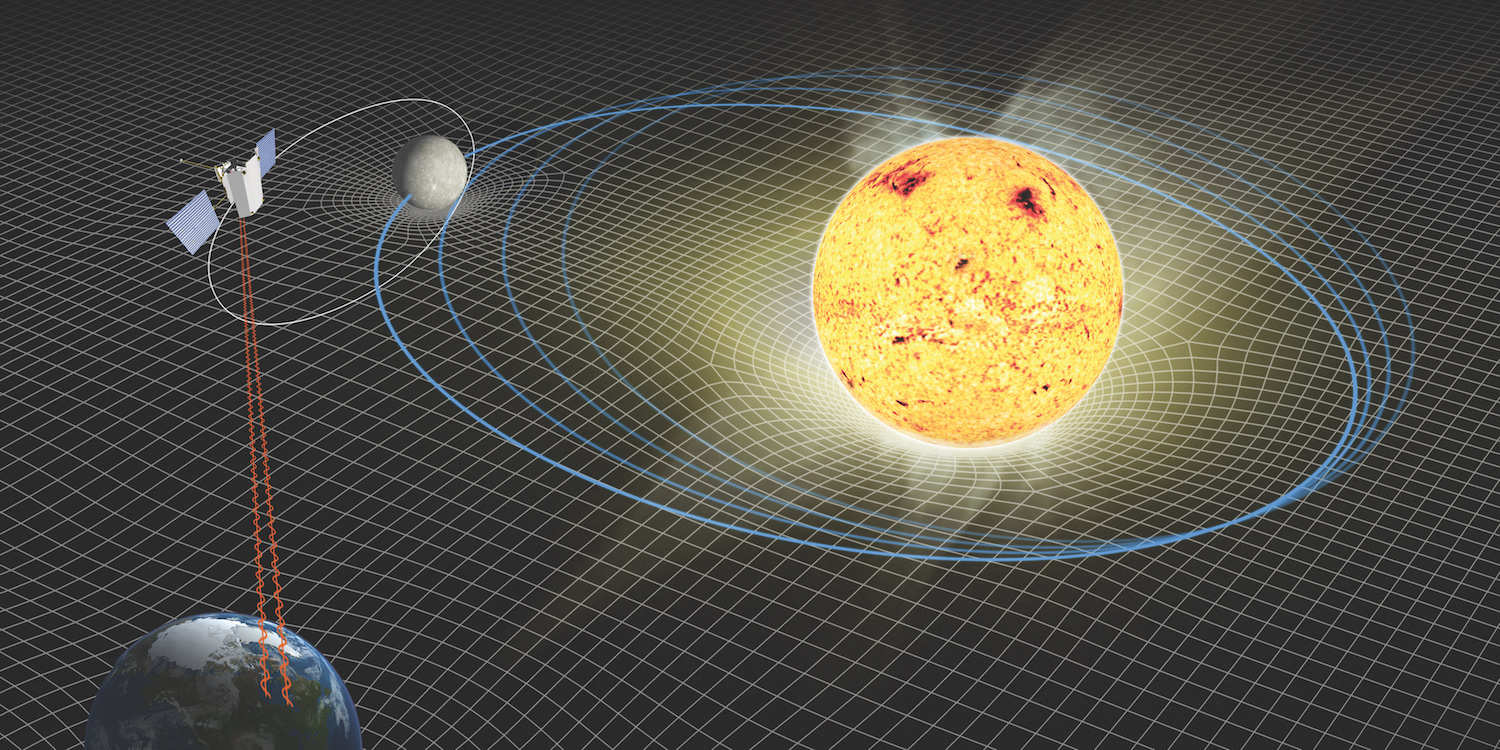 Figure 2: Schematic of experimental design. NASA and MIT scientists analyzed subtle changes in Mercury's motion to learn about the Sun and how its dynamics influence the planet's orbit. The position of Mercury over time was determined from radio tracking data obtained while NASA's MESSENGER mission was active.

The integrated Mercury ephemeris derived from this study is available at various temporal resolutions. For most users, the 60-min file will be sufficient and ideal (in terms of file size), but we provide the full (1-min) and higher (2-min and 5-min) versions as well. These files contain the trajectory of Mercury with respect to the Sun between approximately 2008 JAN 07 and 2015 APR 22. See comments embedded within the BSP files for more details.
SPICE kernels: 1-min (~200MB) , 2-min (~100MB) , 5-min (~40MB) , 60-min (~4MB, recommended for most users).