The Japan Aerospace Exploration Agency's (JAXA) SELenological and ENgineering Explorer (SELENE), or "Kaguya", mission was the first of several late 2000's missions that marked a return to the exploration of the Moon and it achieved many firsts. It was launched in September 2007 and consisted of 3 spacecraft: a main satellite and two sub-satellites (Kato et al., 2010). Kaguya data are of fundamental importance and are highly complementary to data acquired by several earlier and later instruments, including the Apollo Metric and Panoramic Cameras, Moon Mineralogy Mapper (M3), and LRO's Wide and Narrow Angle Cameras (WAC and NAC).

Kaguya's primary mission (PM) lasted from October 20, 2007 until October 31, 2008, and the extended mission (XM) lasted from November 1, 2008 until the controlled impact of the main satellite on the lunar surface on June 10, 2009. Kaguya's average altitude was 100 km during the PM and it was lowered to 50 km during the XM, with some periods having an even lower altitude. As a consequence, Kaguya science products using XM data have an increased spatial resolution. However, the geodetic position quality of these products is much worse than that of those acquired during the PM: radio tracking of Kaguya (necessary for determining the spacecraft's orbit precisely) was reduced after the PM, and the loss of momentum wheels resulted in frequent thrusting to maintain attitude, which further degraded the orbit determination accuracy. As a result, the degraded orbit quality during XM, at a level of several km compared to 10-30 m during PM (Goossens et al., 2009, 2010), severely limits the scientific value of these high-resolution data.

We have redetermined the XM orbits for the main satellite. In addition to using models from the Gravity Recovery and Interior Laboratory (GRAIL) mission (Zuber et al., 2013), we use a new and unique altimetric measurement type in the orbit determination process, using improved knowledge of the lunar topography from laser altimeter data of the Lunar Orbiter Laser Altimeter (LOLA) onboard the Lunar Reconnaissance Orbiter (LRO) (Smith et al., 2016). We can exploit Kaguya Laser Altimeter (LALT) data as a direct geodetic tracking measurement to adjust the orbit so that the LALT topography profiles fit the high-accuracy LOLA topography basemap. As a result, the Kaguya orbit will be geodetically accurate and directly tied to the LOLA/LRO frame. We use an accurate basemap from a combination of Kaguya Terrain Camera (TC) and LOLA data (Barker et al., 2016), and we can directly use LALT tracks and minimize the discrepancies with LOLA topography. This improves the coverage of the tracking and the orbit quality itself (Mazarico et al., 2018). 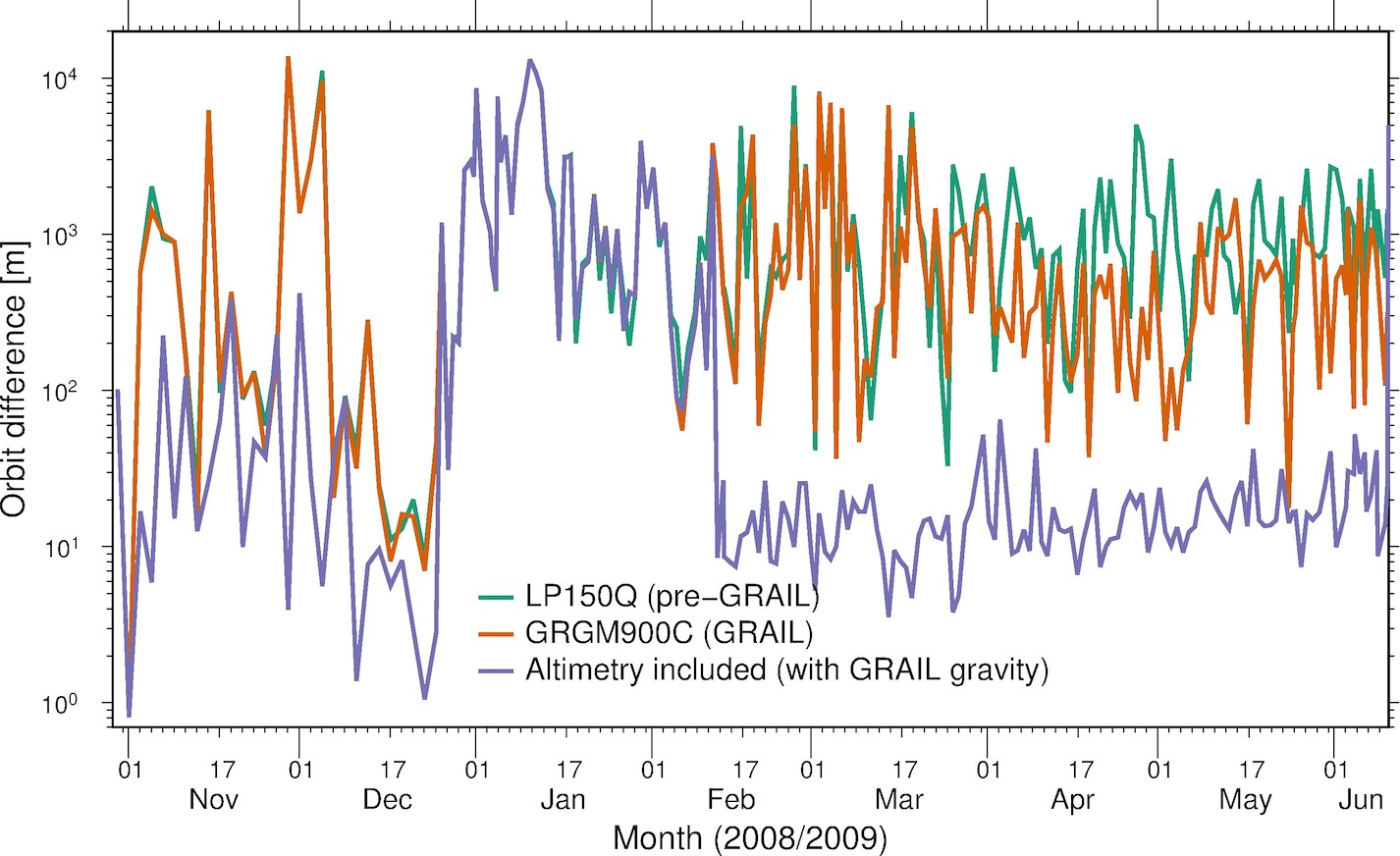 Figure 1. RMS of orbit overlap differences for various cases: a pre-GRAIL case (labeled LP150Q), a case using only Doppler data with a GRAIL model (labeled GRGM900C), and a case using the GRAIL model and altimetry.

Through the analysis of orbit overlaps (see Figure 1), we estimate the precision of our new orbits to be at the level of several tens of meters or better, whereas previously the orbits showed errors of several km. To further illustrate the impact of these updated orbits, we derived lunar topography from LALT, using the previous, archived orbits, or the new orbits. We show maps in stereographic projection for the south pole in Figure 2. The new orbits greatly improve the derived topography, as there are no artifacts due to track geolocation errors. 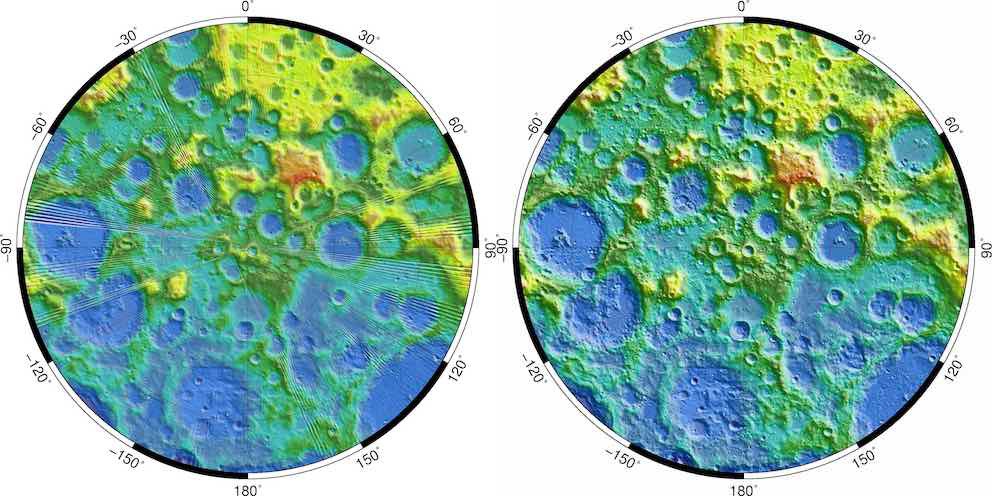 Figure 2. Lunar topography in polar stereographic projection covering 77°S-90°S, using the previously archived orbits (left) and the new orbits (right). With the new orbits, there are no artifacts due to geolocation errors as there are with the old orbits.

Orbit file for the main satellite, in SPICE SPK format. This orbit uses the GRAIL gravity field model GRGM900C with a maximum degree and order of 660, and it used Doppler and direct altimetry data. The SPK contains comments describing the contents, and details can also be found in the accompanying paper at Icarus (see below).

A new set of Kaguya magnetometer (LMAG) XM data products were created based on the products found in the JAXA DARTS archive. The only changes made were in the spacecraft coordinates, both Moon-centric and Earth-centric, which were obtained from the trajectory SPK file above. The 216 updated files may be downloaded here (200 MB ZIP file). The format is identical except for more precision to these coordinates (down to 0.1m). The ZIP file contains the associated LBL files.

A new set of Kaguya altimeter (LALT) XM data products were also created based on the products found in the JAXA DARTS archive. The Moon-centric coordinates for the spacecraft and altimetric bouncepoints were updated with the trajectory SPK file above. These new files may be downloaded here (580 MB ZIP file). The format is identical except for more precision to these coordinates (down to 0.1m). The ZIP file contains the associated LBL files.


Please cite the following reference when using any of the products described above: